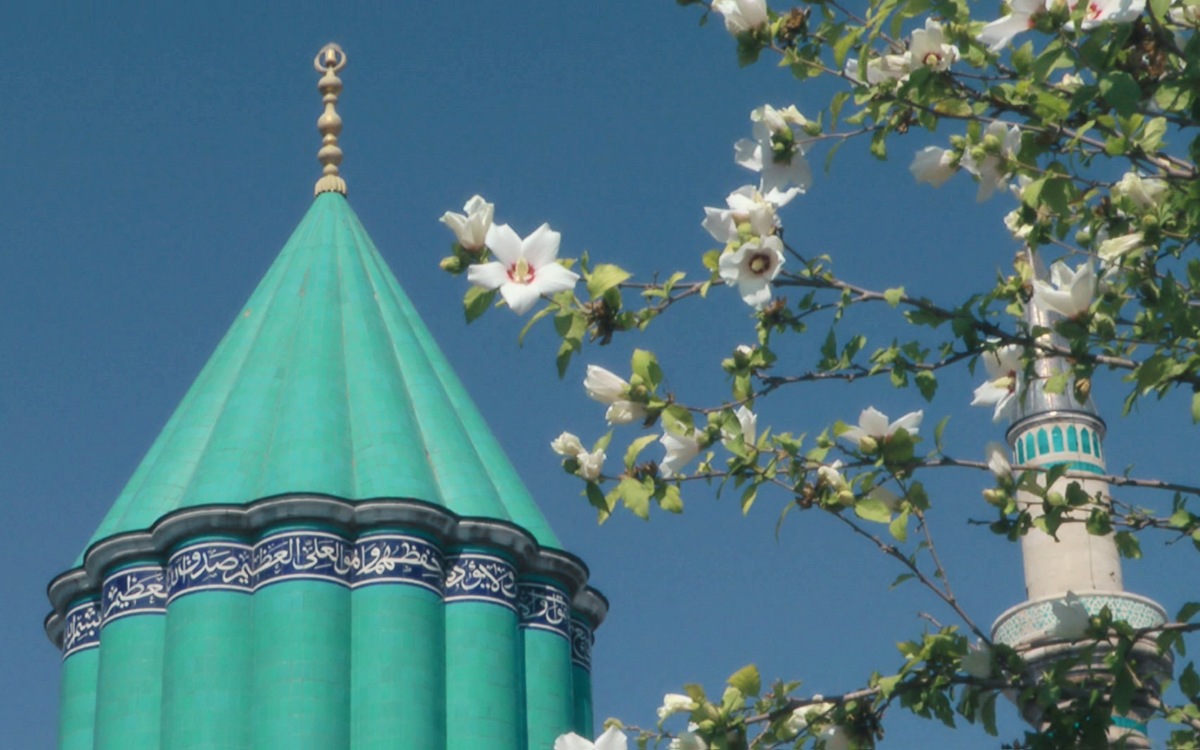 “The desire to reclaim the narrative of our inspirational historical figures was one of the leading incentives for setting up the ‘In Search of Rumi’ project. We need to offer alternatives to Shakespeare to our young people – it’s time to shake up the current curriculum to be more inclusive and reflective of the communities that make up Great Britain.”

As part of the ‘In Search of Rumi’ project, we want to highlight how in order to diversify the poets young people learn about, they ought to understand why Rumi may not be amongst the mainstream poets such as Shakespeare in the first place – and if he is, why only a sanitised version of him is presented. To really appreciate Rumi, we must first grasp how his character, messages, and works have been transformed by western mistranslations. To reclaim Rumi, we must decolonize his story and explain how Rumi has been whitewashed.

Mawlānā Jalāl ad-Dīn Muḥammad Rūmī’ was born in the early 13th century in what is now Afghanistan, and eventually moved with his family to Konya, now known as Turkey. Rumi is well-known for his life-changing, mystical, enlightened-esque poetry, but he was also a scholar of Islam and a practising Muslim, a large part of his identity that has deliberately been diluted and even whitewashed in modern times. Whitewashing is when people of colour and their cultures are displaced in a story to put the focus on white characters/narratives. White washing is a technique that colonises already implemented ideas, stories, philosophies, and cultures. Even the way in which ‘Rumi’ has been deemed as Rumi is in itself a form of whitewashing, for many muslims call him Mowlavi, or Mowlana meaning a deeply respected Muslim religious leader.

We unfortunately live in a society that places western culture and interpretations at the centre of conversations, meaning that arts and legacies such as Rumi’s are diluted and reworked in order to be easily digested by the West. Rumi’s poetry was immaculate with references from the Qur’an and Islamic traditions, however since 1976, when American Coleman Barks, translated Rumi’s work, the rich and deliberate nods to Islam and being Muslim were removed. Barks was an American poet who did not read Persian or Arabic but re- interpreted nineteenth century translations of Rumi for a mass US audience. The appropriation of Rumi and his works has allowed for a false interpretation of his works to be peddled as dreamy, mindfulness guidance.

The problem with the mainstream circulation of Rumi quotes is that they are frequently incorrectly translated from Persian and interpreted in a way that removes any evidence of Rumi’s Islamic faith as well as any cultural parallels to the Muslim world. A lot of Rumi’s work contains direct quotations from the Qur’an and so if this is unknown, it is easier for Eurocentric standards to dictate the historical and cultural accuracy of who Rumi was as well as his message. In the west today Rumi is usually described as a mystic, a spiritual person but rarely as muslim. This presentation of Rumi as a man who does not have a religion is erasure. For Sharghzadeh, founder of the #rumiwasmuslim movement, this is a form of islamophobia and cultural theft due to the downplaying of Rumi’s Islamic faith. Today Rumi’s ‘messages’ can be seen in various spiritual or mindfulness classes, however with the erasure of Rumi’s islamic prophecies and guidance, many participants of these classes find themselves at a loss. Coleman Barks condenses long passages of Rumi’s work into sanitised, short spiritual verses which give an entirely different meaning and offer no real ways to implement help or change.

To truly capture Rumi we cannot remove or deny the driving factors of his poetry and works, to remove his islamic faith and persian culture is stripping Rumi’s poetry of the culture it is ‘steeped in’ and denying him, his muslim identity.

If I live, I’m the Qur‘an’s servant evermore,

I’m the dirt of Muhammad, the chosen one’s door.

If someone attributes to me anything more,

both the person and what they have said, I abhor!

In Search Of Rumi, News
prev project next project