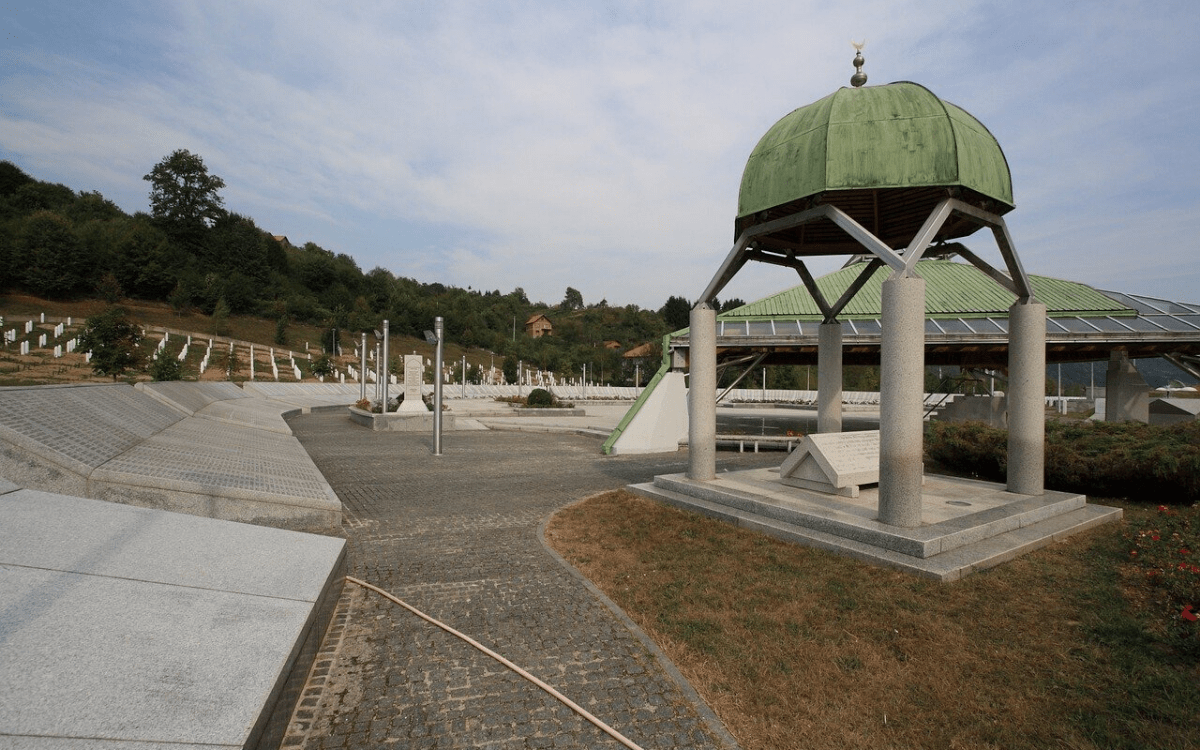 This year marks the 25th anniversary of the Srebrenica Genocide which took place in 1995, in Bosnia, (then part of the wider Yugoslavia nation) and is regarded as the single greatest atrocity committed in Europe since the Holocaust.

The genocide, which took place in mid July of that year, saw over 8,000 Bosnian Muslim males murdered in brutal acts of racial hatred by units of the Bosnian Serb Army (Army of Republika Srpska), as well as over 23,000 women and children forcibly deported and subjected to violent, damning methods of torture.

Why did such an act of racial hatred occur only half a century after the end of World War II, one may ask? Why did the people of Europe not learn from mistakes made in the past?

The Massacre came amidst the breakup of former Yugoslavia, a huge nation made up of six Socialist Republics, Bosnia and Herzegovina, Croatia, Macedonia, Montenegro, Slovenia, and Serbia, now all countries in their own right.

Bosnia’s independence came in April 1992. In Bosnia, Muslims represented the largest single population group. In a 1991 census Bosnia’s population of some four million, there were 44% Bosniak (Bosnian Muslim’s), 31% Serb and 17% Croatian.

Elections held in late 1990 resulted in a coalition government split between parties representing the three ethnicities led by the Bosniak Alija Izetbegovic. As tension built in the country, the Bosnian Serb leader Radovan Karadzic and his Serbian Democratic Party withdrew from the government and set up their own “Serbian National Assembly.”

Over the next several years, Bosnian Serb forces, with the backing of the Serb-dominated Yugoslav army, laid siege to Bosnia in their attempts to establish a “Greater Serbia” state in the region that Serbian separatists had long envisioned.

In early May 1992, just days after Bosnia’s independence was recognized, Bosnian Serb forces launched their offensive with an attack on Bosnia’s capital, Sarajevo. They attacked towns in eastern Bosnia, including Zvornik, Foca, and Visegrad, forcibly expelling Bosniak civilians from the region, in a process referred to as “ethnic cleansing”.

Bosnian forces tried to defend the territory, however by the end of 1993, Bosnian Serb forces were in control of nearly three-quarters of the country. By the summer of 1995, just three towns in eastern Bosnia, Srebrenica, Zepa and Gorazde, remained under control of the Bosnian government.

The U.N. had declared these towns as ‘safe havens’ in 1993, to be disarmed and protected by international peacekeeping forces. On July 11, however, Bosnian Serb forces advanced on Srebrenica, overwhelming a battalion of Dutch soldiers stationed there. Serbian soldiers subsequently separated the innocent Bosniak civilians at Srebrenica, putting the women and girls on buses and sending them to Bosnian-held territory.

Many of the women, some just young teenagers, were sexually assaulted and tortured by the depraved Serbian soldiers, while the unarmed and defenceless men and boys who remained behind were mercilessly gunned down on the spot or taken to mass killing sites (Death Camps), which bears a spine tingling resemblance to Hitler’s unforgiveable massacre of the Jews in World War II.

The number of Bosniak’s murdered by the Serbs totals more than 8,000 innocent human lives, guilty of nothing but their name and ethnicity. The atrocity was stopped over the coming months when NATO finally stepped in and pressured the Serb forces into peace talks, with military force of their own.

Sadly, the damage had already been done, the families of Bosnia torn apart by one of the most violent and hate filled acts of genocide ever committed. No guarantee of peace could ever bring back those sons, husbands, brothers and fathers who were massacred in a far-right fuelled hate campaign, nor could justice reverse the terrifying ordeals experienced by the daughters, wives, sisters and mothers of Srebrenica.

Former Prime Minister David Cameron announced that his government would spend an extra £1.2m on the commemoration of the 1995 Srebrenica massacre to ensure ‘the events of that day are not forgotten’.

When speaking about the tragedy, he said: “The 20th anniversary is a moment to remember the many thousands who lost their lives, to remember their families and the missing and the fact that for so many – including the mothers of Srebrenica – the agony continues every day, undimmed by the passing of time. We must reaffirm our determination to act to prevent genocide in the future.”